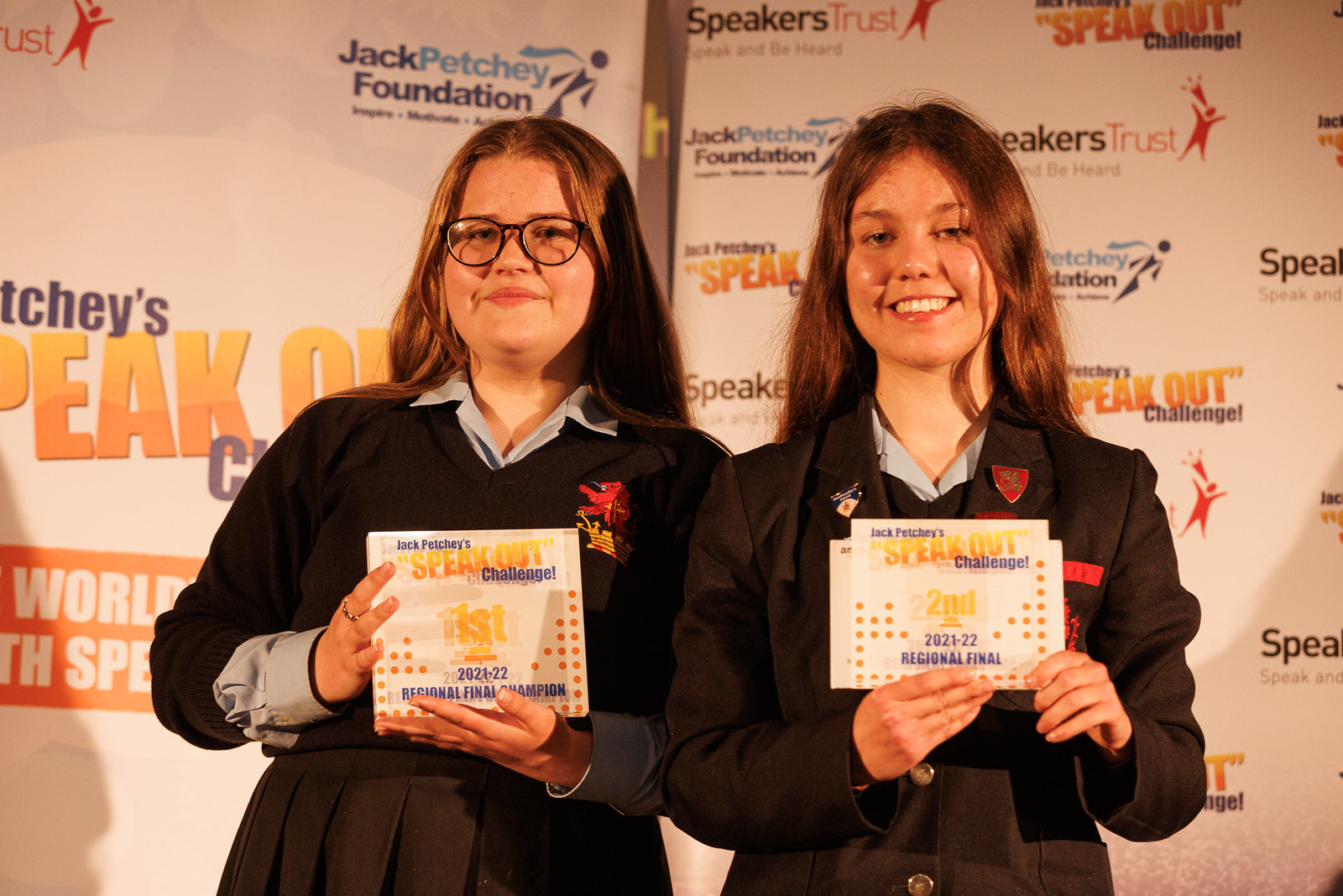 There was double celebrations at Westcliff High School for Girls recently as two pupils claimed first and second place in the Regional Final of the Jack Petchey’s “Speak Out” Challenge! with the winner selected to attend the grand final in July.

The Southend and Rochford Regional Final, hosted by Westcliff High School for Girls, saw tough competition with students from a number of schools in the borough speak to an audience about a subject they felt passionately about.

Izzy Hilton, a year 10 pupil at Westcliff High School for Girls, claimed first prize with her speech titled “A Pain in the Neck” which spoke of the challenges Izzy faces living with a tic disorder. After being crowned regional champion, Izzy said: ”The idea of being able to educate a whole room full of people on something they may not have even known about is amazing. The whole way through I would calm my nerves by telling myself that whether or not I had won, I had spoken a story I had wanted to tell for years”.

Second place went to Bella Hills with her speech titled “Write Your Own Rulebook”.

Izzy's speech was then reviewed by a panel of judges who selected 15 pupils out of the 50 Regional and Digital Finalists to attend the grand final taking place at The Cambridge Theare on July 18th.

"It was a real privilege to host the Regional Final here at Westcliff and to welcome competitors from schools in our local community. Izzy and Bella delivered such powerful and personal speeches and we are so proud of them for gaining 1st and 2nd place respectively and we wish Izzy the very best of luck in the final. We are very grateful to the Speakers Trust for organising the evening and to the Jack Petchey Foundation for giving pupils the opportunity to gain confidence in public speaking".

Jack Petchey’s “Speak Out” Challenge! is a programme managed and delivered by Speakers Trust and is supported and funded by the Jack Petchey Foundation. The initiative gives free communication skills training to Year 10 students who are then selected to represent their school in the Regional Final with 15 winner chosen to go onto the grand final.